The Bath Festival 2018 delivered 17 days of incredible music and literature events in the city with a new finale weekend on the Rec celebrating Bath Festivals’ 70thanniversary year. The festival, once again, brought together some of the world’s leading writers, musicians and cultural figures, for all to enjoy.

The Bath BID monitoring of footfall data measured an increase in high street footfall of 39% across the festival finale weekend compared to the same weekend in 2017.  There was a 15% increase in high street footfall on Bath’s biggest night of free music – Party in the City – which took place on 18th May, bringing 20,000 to the free concerts and events in the streets, parks and 34+ venues across the city. 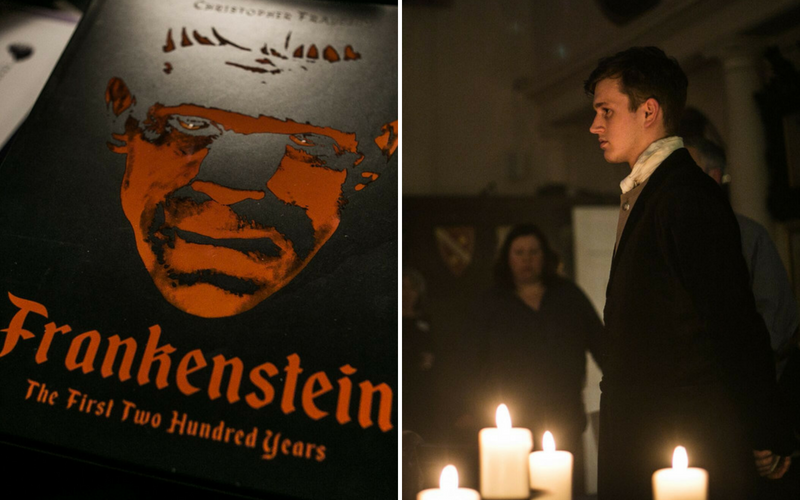 The festival benefitted hugely from collaborations with organisations and individuals. Partnerships included Bath Spa University’s SparkFest, an innovative programme of theatre, music and dance; Bath City FC, for a day of football fun for all the family; FilmBath to celebrate the centenary of women’s suffrage with film, literature, politics, music and comedy; and the School of Advanced Study at the University of London who created the concept of a multisensory evening of Living Literature that immersed the audience in the world of Mary Shelley’s Frankenstein.  The festival’s partnership with Bath BID resulted in a tremendous amount of support from Bath’s retailers, through advertising in shop windows, online engagement and a blogger day that created a real festival buzz, far and wide. 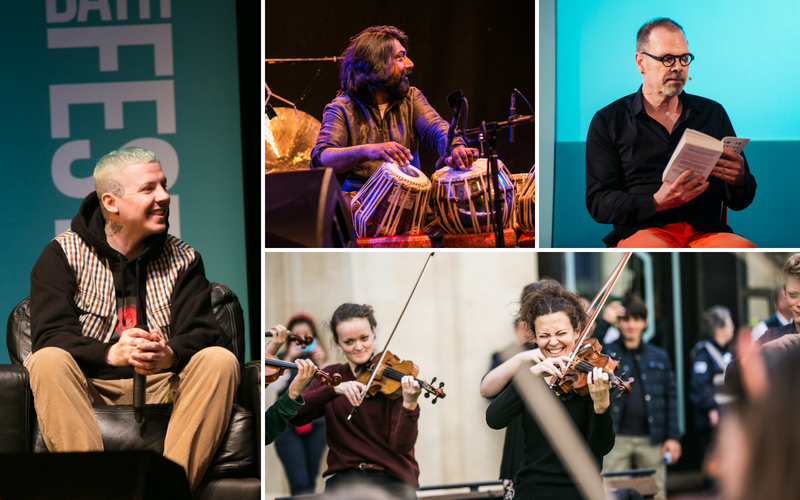 This year’s literature programme was praised for its diverse, stimulating and thought-provoking content. From codebreakers to dressage, from Russia to France to America, from the mists of history to the most urgent contemporary debates, it brought informed discussion and enticing entertainment in the shape of our best and brightest writers.

The music programme offered a number of exclusive events. Roman Rabinovich, performed all of Haydn’s sparkling and charming piano sonatas over 10 concerts; Roderick Williams, chose Bath as the location for his first festival of Schubert’s three great song cycles and celebrated cellist, Sheku Kanneh-Mason came directly from his performance at the Royal Wedding, to appear in the festival’s Concert for the People of Bath, alongside BBC Cardiff Singer of the World, Catriona Morison.  As well as a stunning performance in the Assembly Rooms, Spira Mirabilis took to the streets, playing on Milsom Street, Abbey Churchyard and Southgate to delighted passers-by. Amanda Palmer provided a powerful opening to the Anniversary Festival year with a series of concerts that featured the voices of Ladysmith Black Mambazo and Mary Chapin Carpenter, culminating in a spectacular concert by Ben Folds, who persuaded 1300 residents of Bath to sing in perfect and spontaneous four-part harmony. 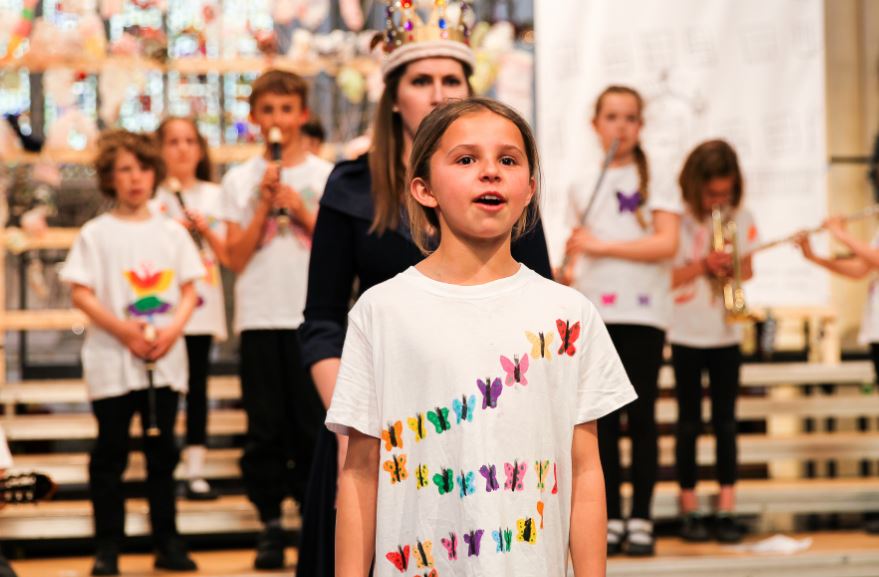 We placed our charitable work with young people at the heart of this years festival, showcasing creative work performed by young people as part of Bath Festivals’ Creative Learning programme. Our partnership with Paper Nations, created a display of stories and poems by children across the city. This year’s commission in Bath Abbey saw local school children dressed as ‘Festival Spirits’ team up with soprano Elizabeth Karani, composer Richard Barnard and artist Edwina Bridgeman. Wiltshire Music Centre and The Bath Festival jointly created a concert performance of one of the greatest of all musicals, West Side Story, building on a visionary large scale schools’ project designed around the timeless themes of the musical. 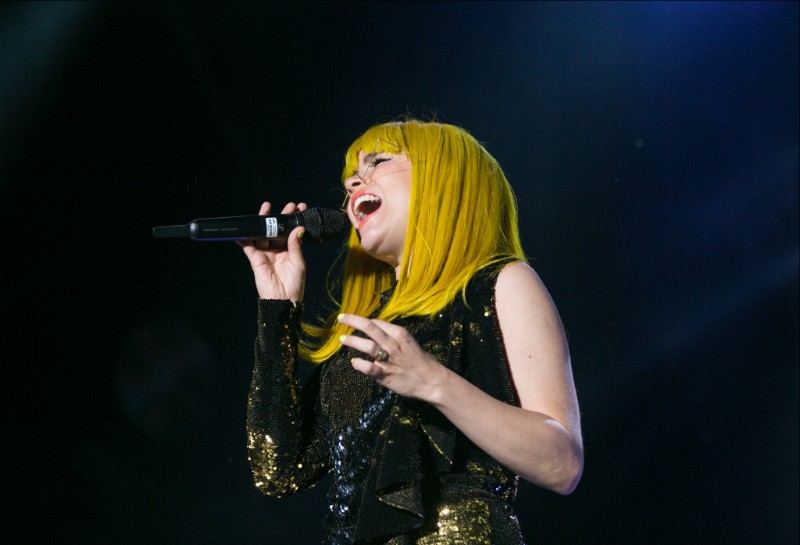 The 70th anniversary finale weekend on Bath Recreation Ground did not disappoint. Sophie Ellis-Bextor not only performed her well-known hits on the main stage but also appeared in the Poet’s Corner tent with her mother, Janet Ellis, to talk about their favourite children’s books. Alison Moyet stunned the audience with her incredible voice – this was a special one-off gig for the festival. Saturday closed with the one and only Paloma Faith – the Queen of Glam, with her powerful voice set against ripples of thunder in the distance but the rain held off.  On the Sunday, Seth Lakeman performed in the Big Top to huge applause and then also alongside Robert Plant. Midge Ure sang classics such as ‘Dancing With Tears In My Eyes’ and ‘Vienna’ with the audience dancing, clapping and singing along.  Imelda May added a touch of rockabilly revival to the evening with her unique vocal talent and a weekend of wall-to-wall sunshine, set against the beautiful backdrop of Bath Abbey, ended with an unforgettable performance by Robert Plant and the Sensational Space Shifters. The 70th anniversary of Bath Festivals was celebrated in style and will be remembered as an important milestone in Bath Festivals’ history.

Thanks to our partners Orchard Entertainment and to the wonderful crew at Judgeday for helping us with our Finale Weekend celebrations.

A word from our CEO Ian Stockley 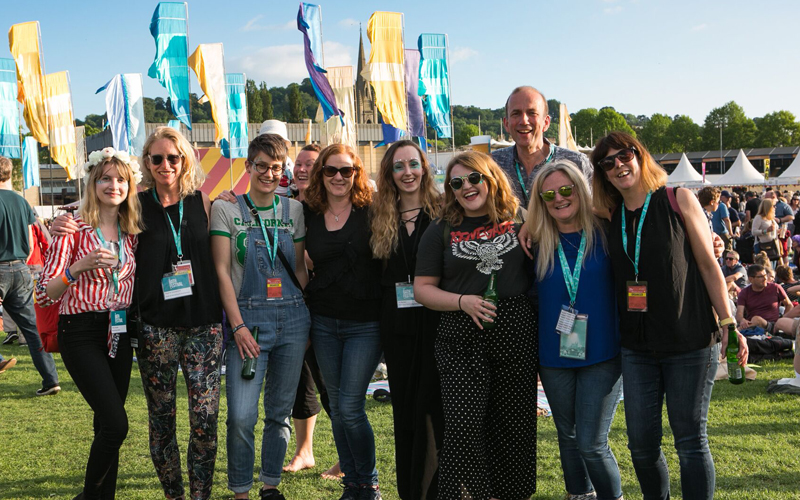 CEO of Bath Festivals, Ian Stockley, said “ We brought the music and literature festivals together in 2017 and we are in the middle of a 3 year transition journey, listening to our audiences and the community as we develop the festivals to truly celebrate and connect the city through the arts.  It was wonderful to see the successful introduction of the finale weekend on the Rec and our charitable work with young people placed at the heart of the festival.  The contrast of our two opening night music events of Orchestra of Age of Enlightenment and punk cabaret artist Amanda Palmer was a clear statement of delivering for our core audiences whilst making Bath Festivals mean something to a growing new audience.  We are very excited about the journey and what it will mean for our city and the wider community.” 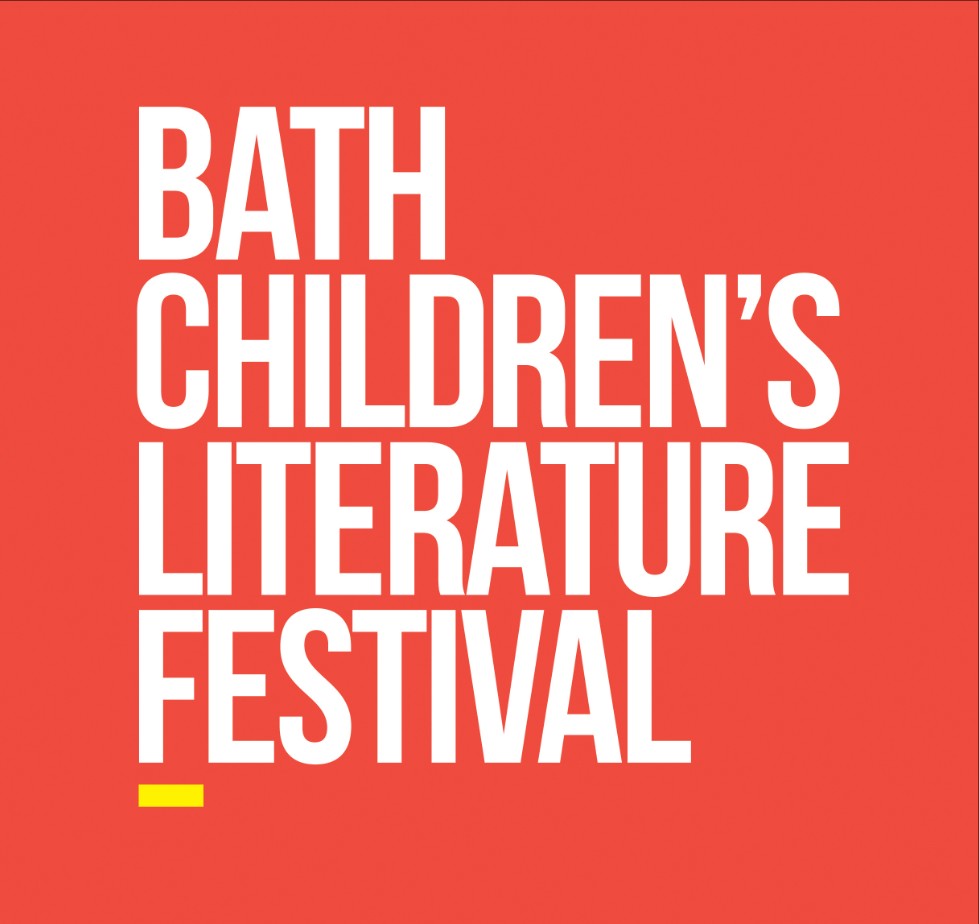 Keep in touch with us and find out first about the Bath Children’s Literature Festival 28th September to 7th October, by joining our mailing list here.

Bath Festivals is a registered charity. For nearly 70 years, we have brought the world’s most inspiring artists and thinkers to perform in Bath’s amazing spaces. The Bath Festival and Bath Children’s Literature Festival in the autumn, showcase incredible talent and creativity whilst creating memorable experiences that everyone can enjoy.

Our festivals are also a platform for the voices of young people – we run a year-round education programme providing creative opportunities for 6,000+ every year. We empower young people to become confident and creative individuals, putting their ideas at the heart of our projects

Support us and take advantage of priority booking by becoming a member.